I took the week leading up to my 26th birthday to camp/backpack through the Pacific Northwest with my sister Danelle and best friend Laura. We planned the trip around the August 21st solar eclipse. The path of totality ran across the US from the northwest to the southeast, so we wanted a front row seat to watch the moon totally eclipse the sun in Oregon. 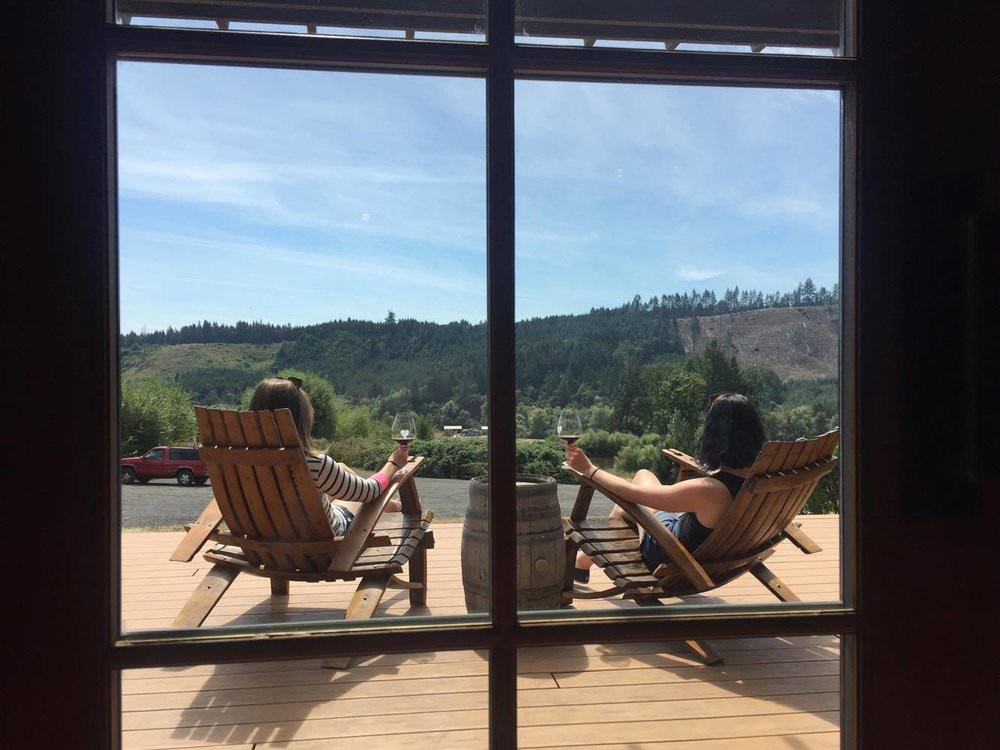 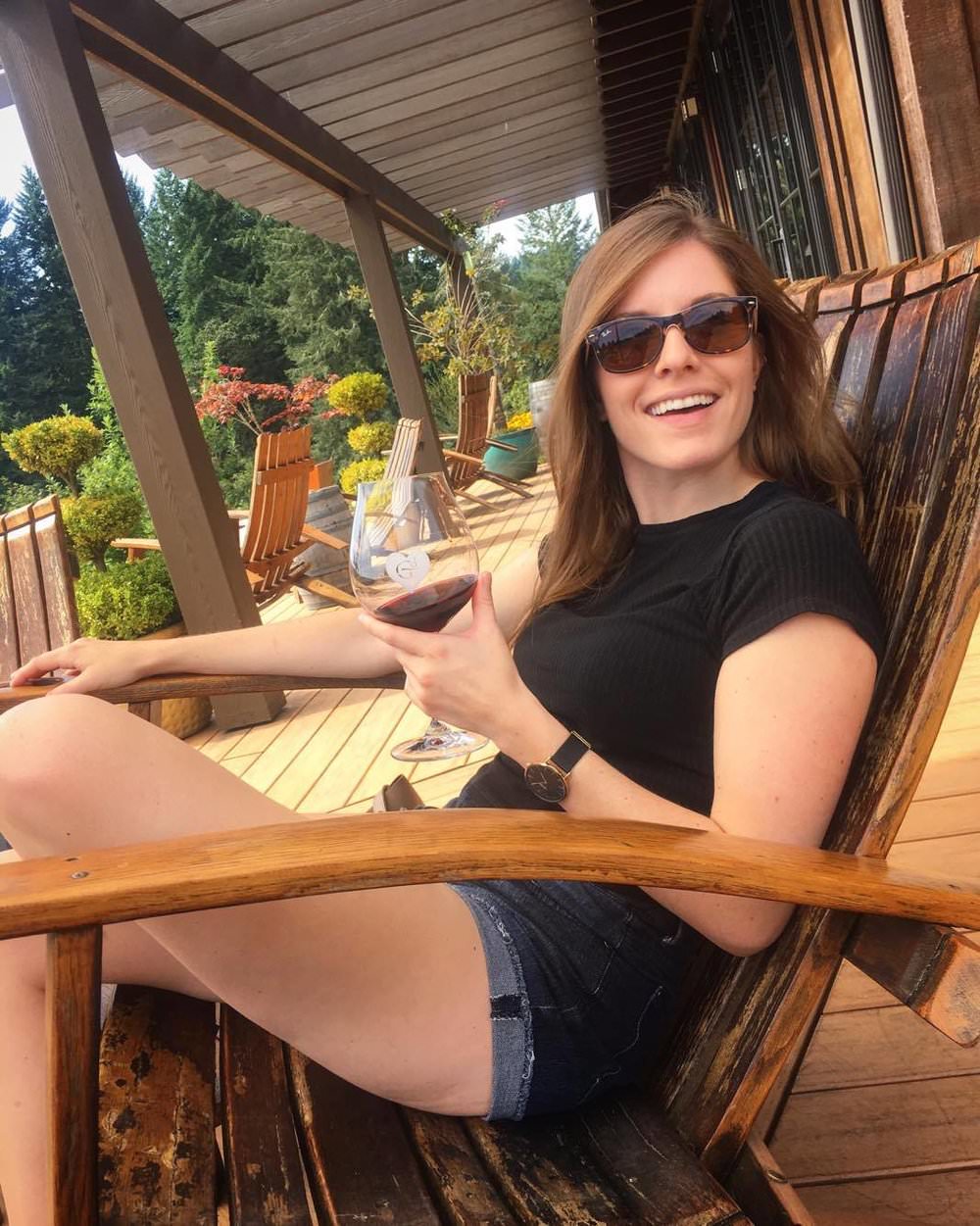 We spent our first night in Portland, OR, where we bar-hopped in the Pearl District and indulged in a fancy Peruvian dinner before we headed out for five days of camping. The next day, we drove south through Willamette Valley, where we stopped off at two wineries, and ended in Philomath, OR, where we set up camp at a rodeo-turned-campground just for the solar eclipse. We spent the evening playing Frisbee and cards until the sun went down.

The next day, Monday, August 21st, we made coffee and oatmeal for breakfast, our first meal using our camping stove. We sat outside our tents sipping coffee and talking about what we thought the eclipse would be like.

Just before 10 a.m. PST, we put our super stylish eclipse glasses on and noticed the moon beginning to eclipse the sun. We sat down next to each other in the grass and waited for this natural phenomenon to take full effect. The air got cooler and the morning became dimmer as the moon made its way in front of the sun. Several other groups of campers were gathered together across the campground watching as well. Even though they were all strangers to me, I felt connected to the other campers as we all sat and watched the eclipse together. It was comforting to think despite all the differences and disagreements in the world today, we could all come together in that moment to watch a natural phenomenon that is far and few between.

At 10:16 a.m. PST, the eclipse reached totality. For one minute and 34 seconds, we watched the sun form a white, fiery ring around the moon, which was a large dark circle in the sky. The morning felt like dusk. The temperature dropped almost 10 degrees. People shouted and dogs barked. The birds quieted their songs. It was unlike anything I’d ever seen. I definitely won’t forget these moments. 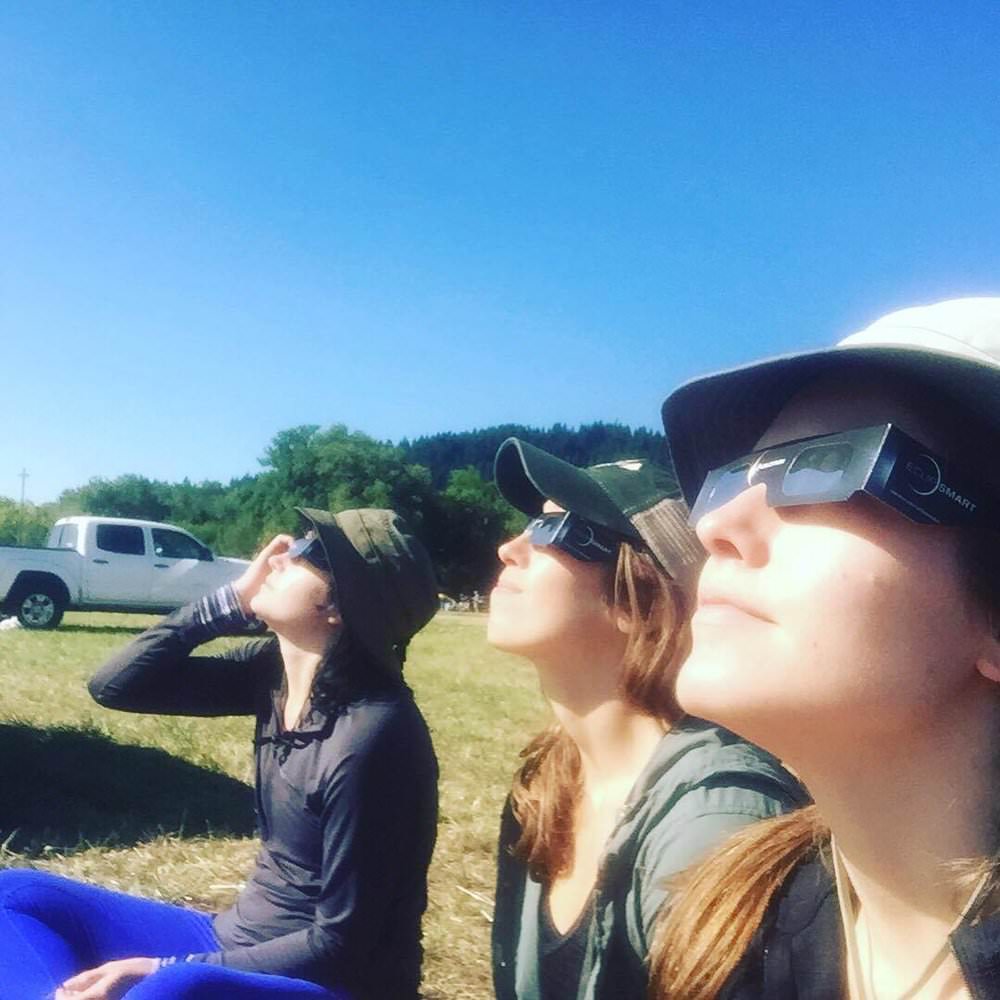 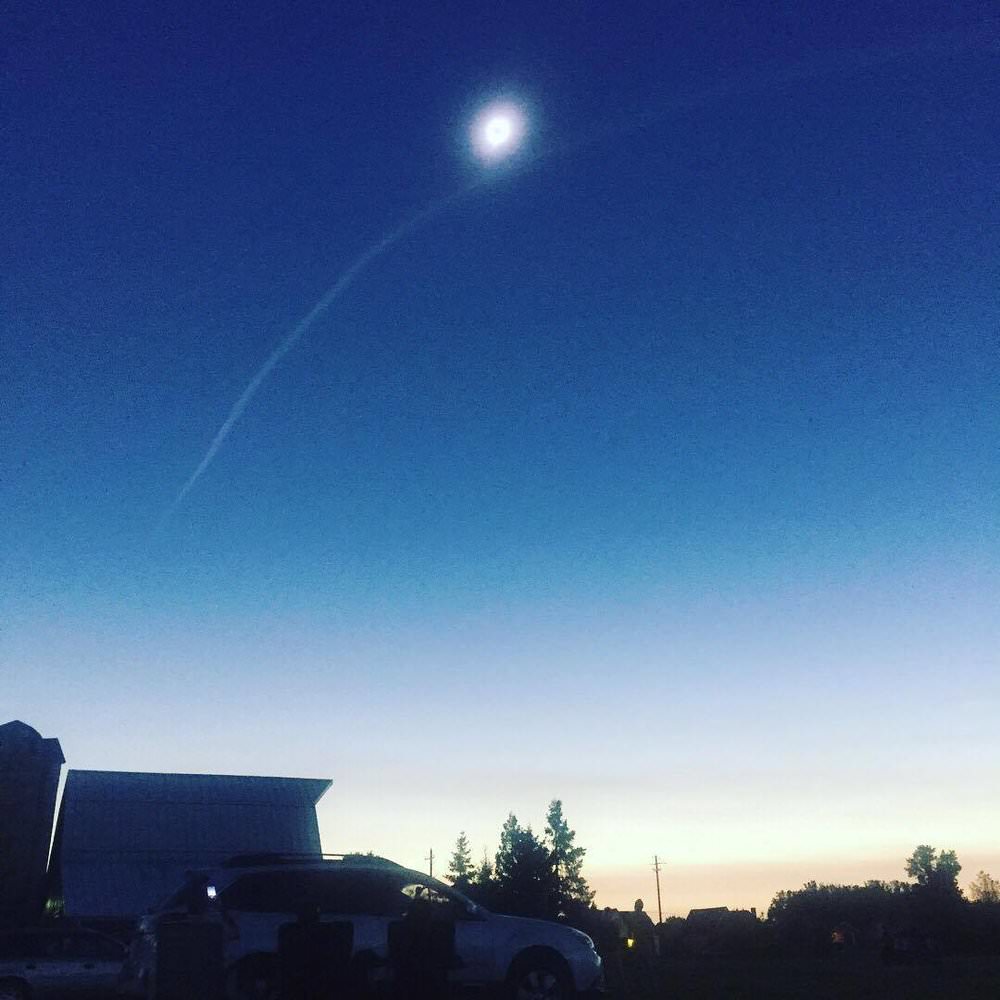 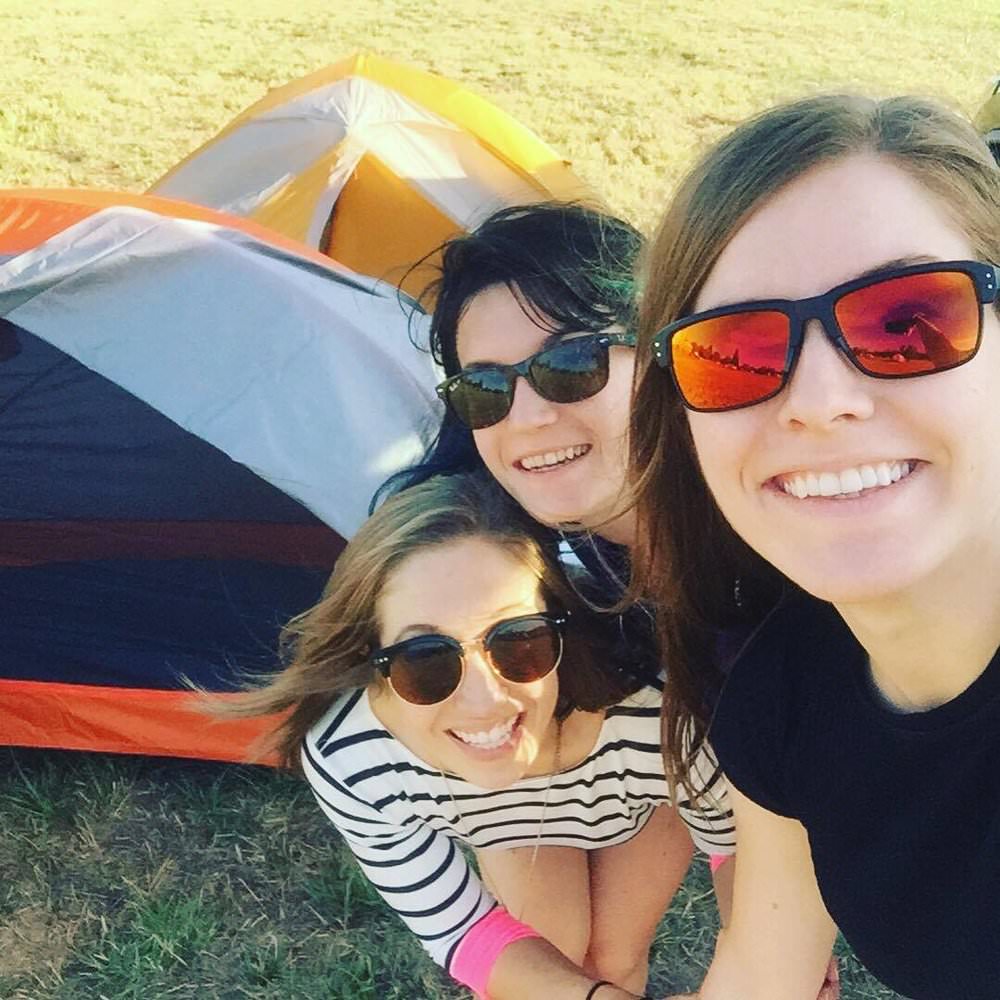 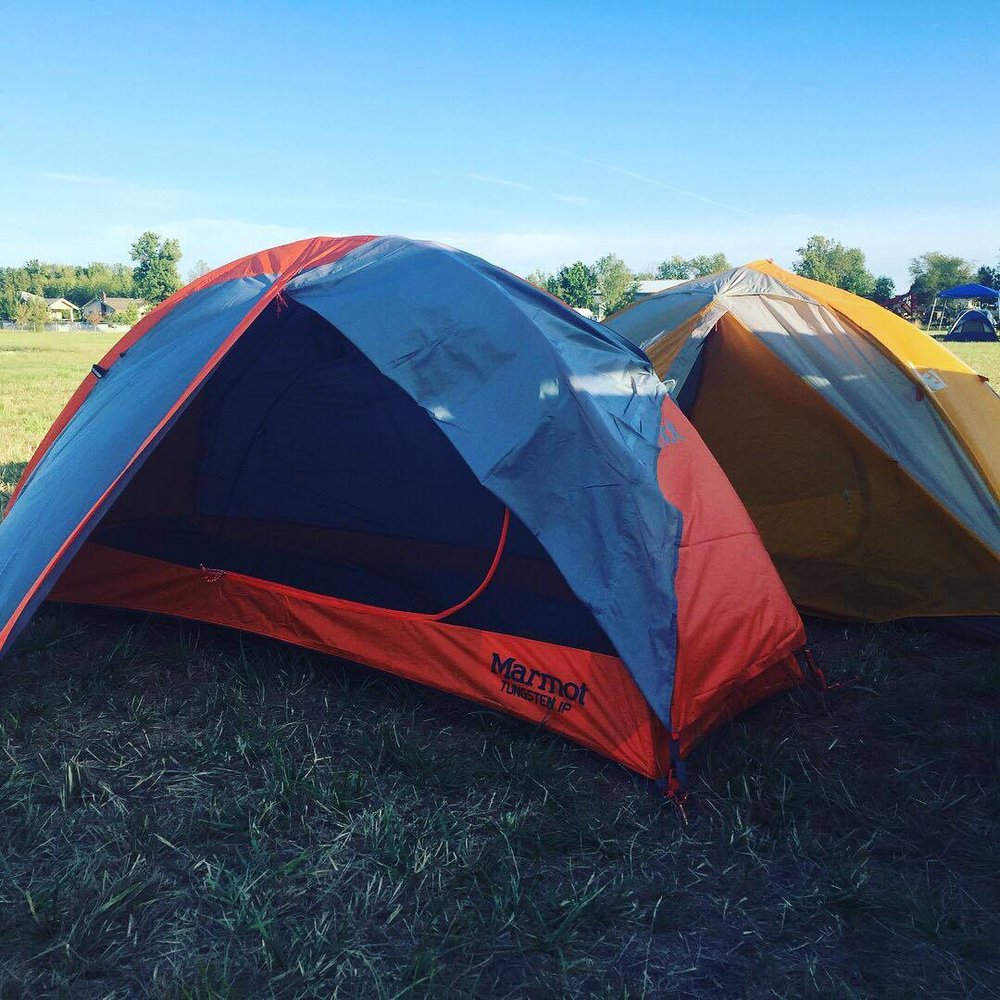 After the eclipse, we made our way to Crater Lake, which was about a 3.5 hour drive south. Luckily, Laura had the playlist prepped and ready to go — we spent most of our drives throughout the week jamming to 90s boy bands.

We stood atop the edge of the lake and peered out over the gigantic water basin that is Crater Lake. The view was a bit hazy because of wildfires burning to the west of the lake, but it was an incredible view nonetheless. 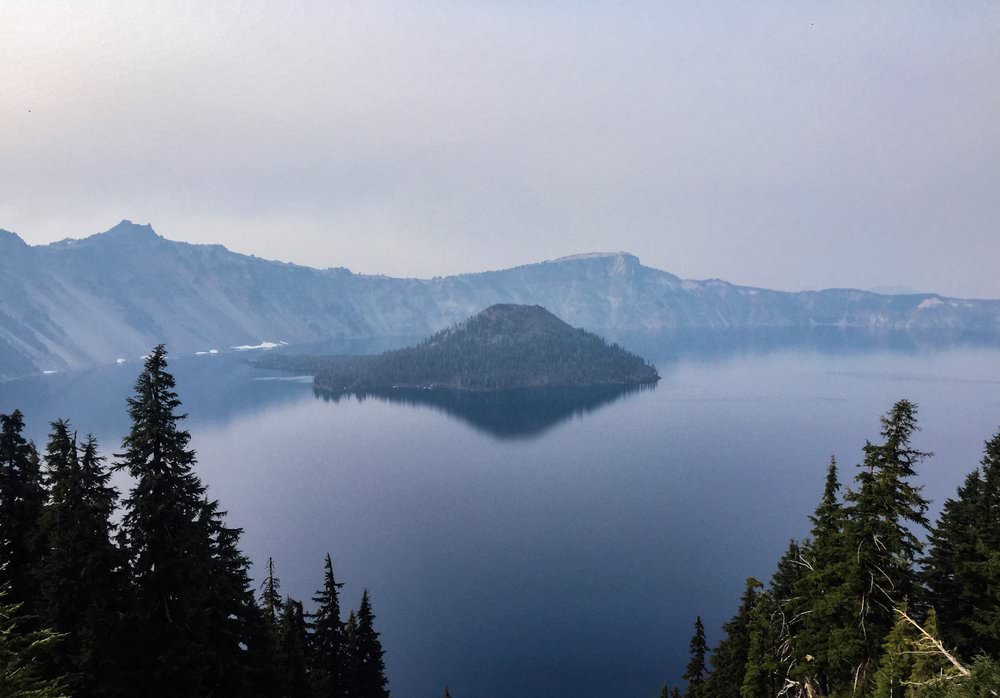 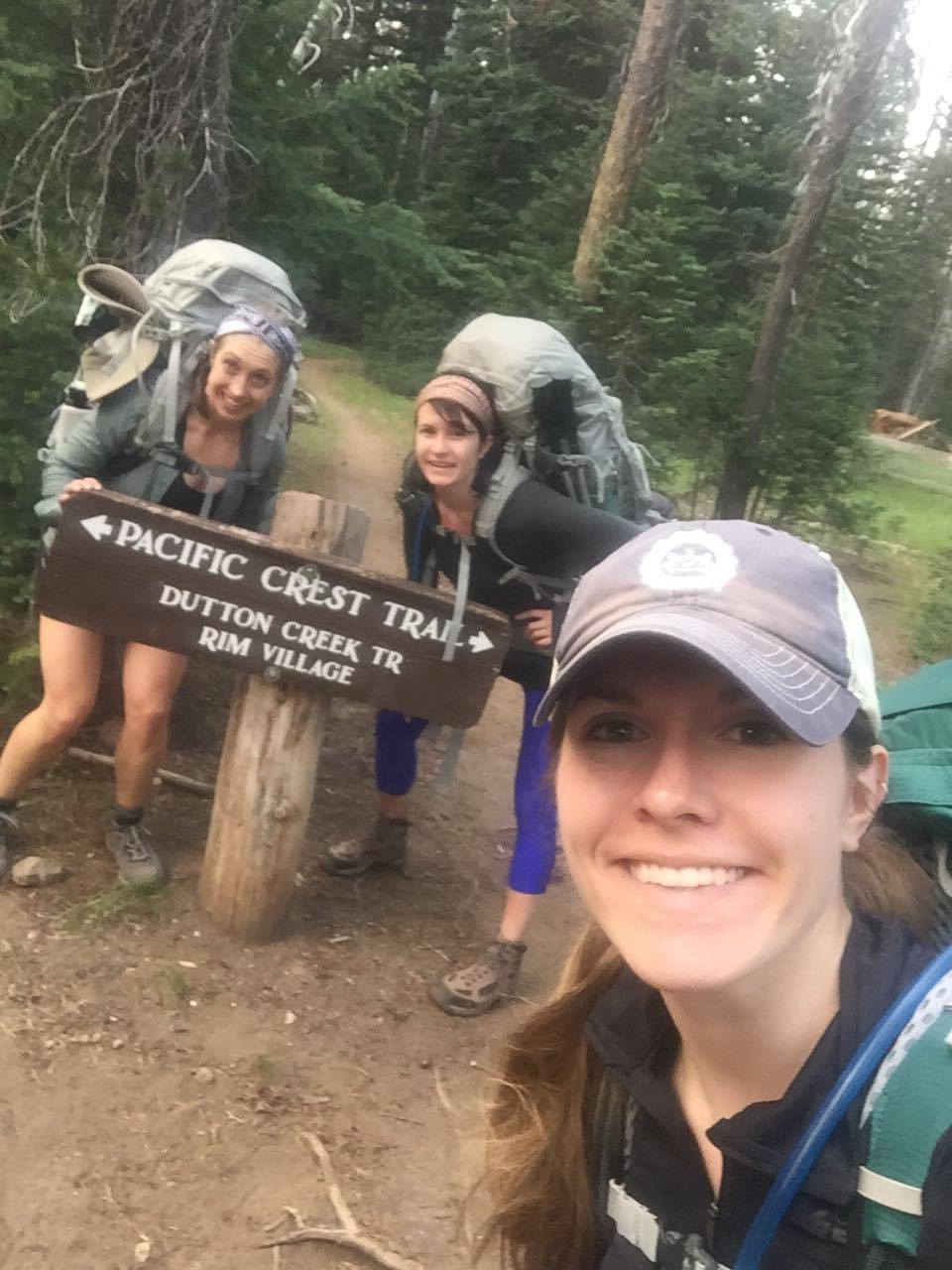 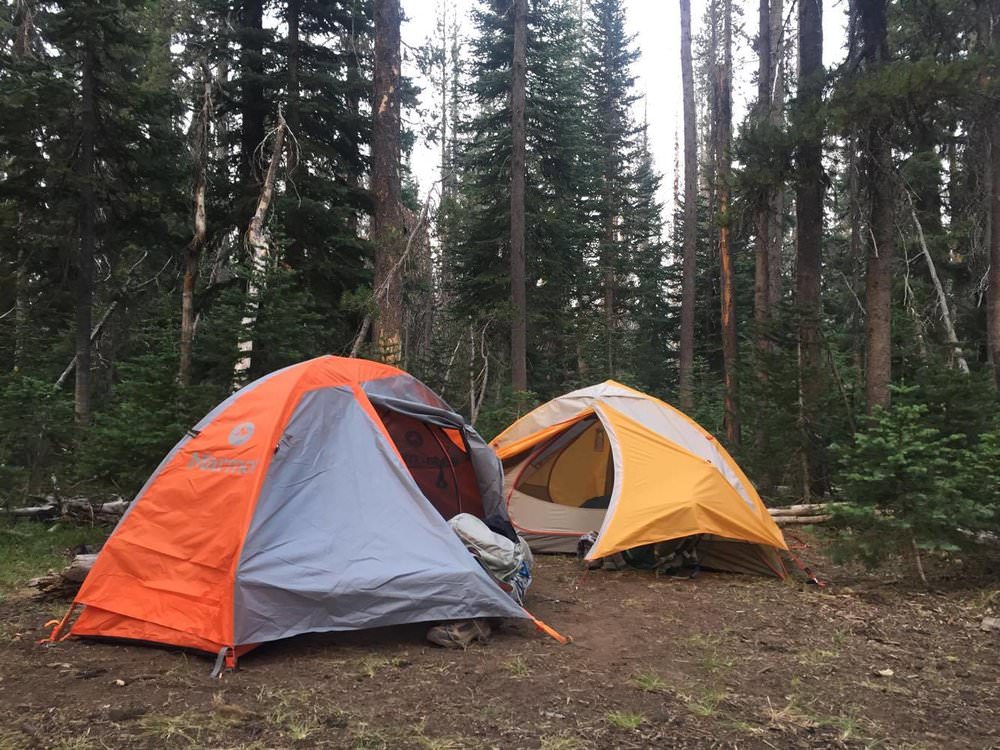 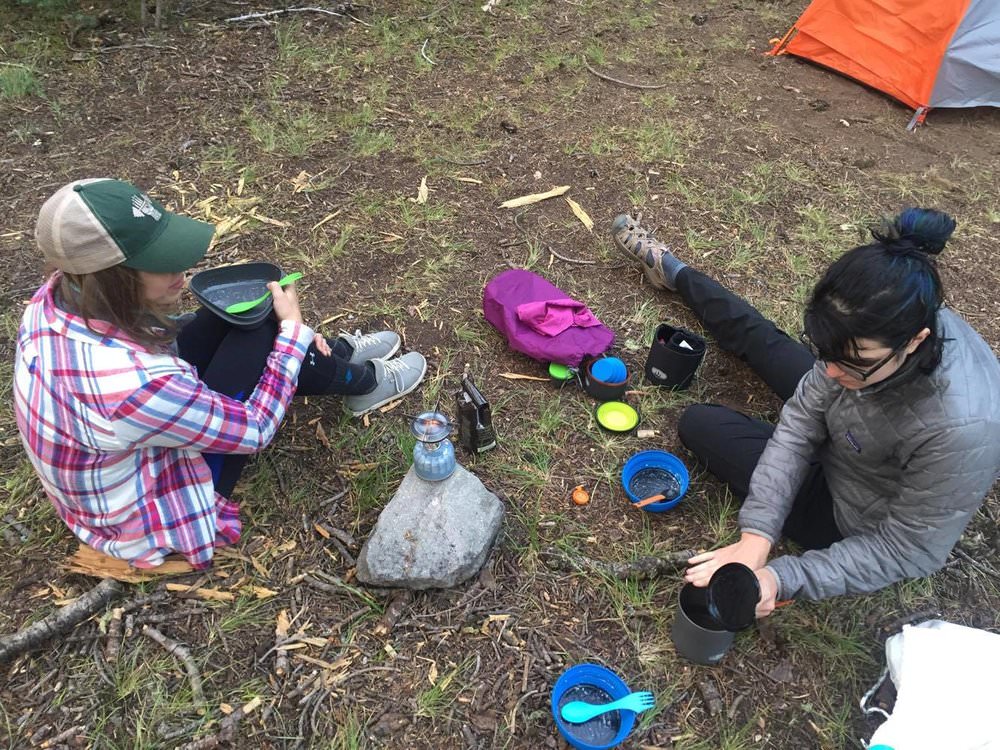 We hiked a mile into the woods on the Dutton Creek Trail and set up camp where this trail met the PCT (Pacific Crest Trail — any  “Wild” fans?). We pitched our tents and made dehydrated meals for dinner on our little stove. A few other groups of hikers passed by and said hello. It was nice to know we weren’t totally alone out there. We placed all of our food and dishes in a bear bag, which we tried our best to swing over a tree branch, but this proved very challenging because we were staying in a part of the forest where the wildfires had burned through, so there weren’t very many branches to choose from. We made it work in the end after several failed attempts and many laughs.

I felt uneasy as I laid in my sleeping bag to fall asleep that night. It’s amazing how quiet it gets at night deep in the woods. I laid awake listening — waiting to hear crunches in the brush from animal footsteps closeby. Then I paused and snapped myself out of my freak out and managed to fall asleep. But at 4 a.m. I woke up to “Devin!”

“Do you hear that wooshing sound?,” Laura asked me.

“Yeah…?” I responded, still waking up.

“I think it’s the fires,” Laura said. “I don’t remember hearing this when I went to sleep.”

I paused, replaying what she just said and wondering what if the wildfires were moving closer to us. The park ranger said it was safe to camp where we were, but I wasn’t sure if I was ready to bet my life on her word.

Laura and I unzipped the tent and poked our heads outside, shining our lanterns into the darkness. I could smell smoke, but the air seemed too clear for the fires to be as close as the ‘wooshing’ sound suggested. Danelle was still asleep in her tent.

Laura and I sat in our sleeping bags, looking at each other. It was a tough decision to make — we weren’t 100% sure if the fires were actually moving closer, and I wasn’t exactly keen on packing up camp and hiking an hour back out of the woods in the middle of the night.

Danelle woke up from the commotion we made.

“We’re not going anywhere,” she said.

There you have it. My little sister talked some sense into us. Now that we knew what the sound was, we fell back asleep until morning. It was a nice laugh the next day.

The next two days we spent driving north along the Oregon coast on Route 101. It was so beautiful — the steep cliffs towering over the rocky beaches that eventually lead to the Pacific Ocean. I could’ve gazed at it forever. 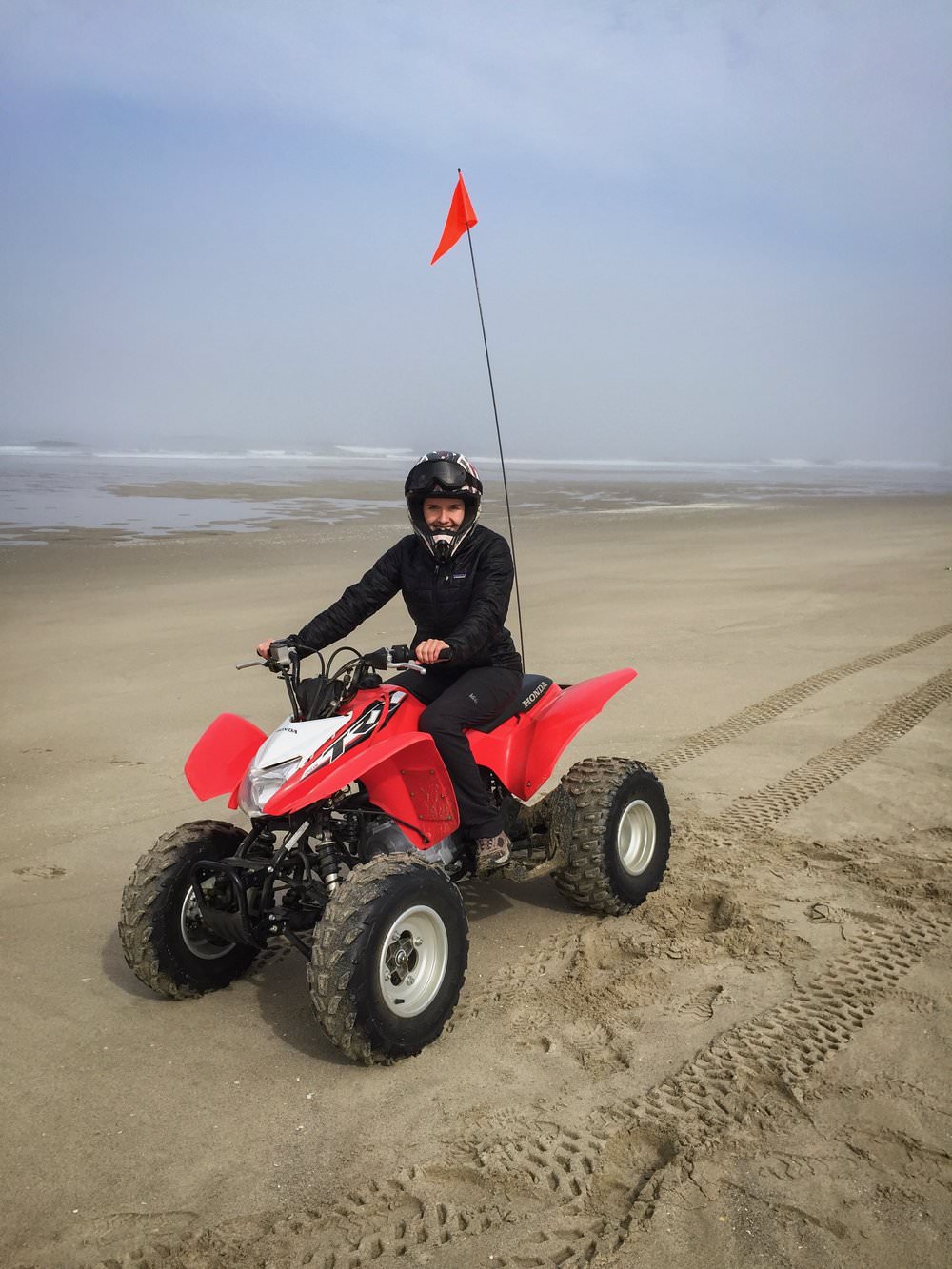 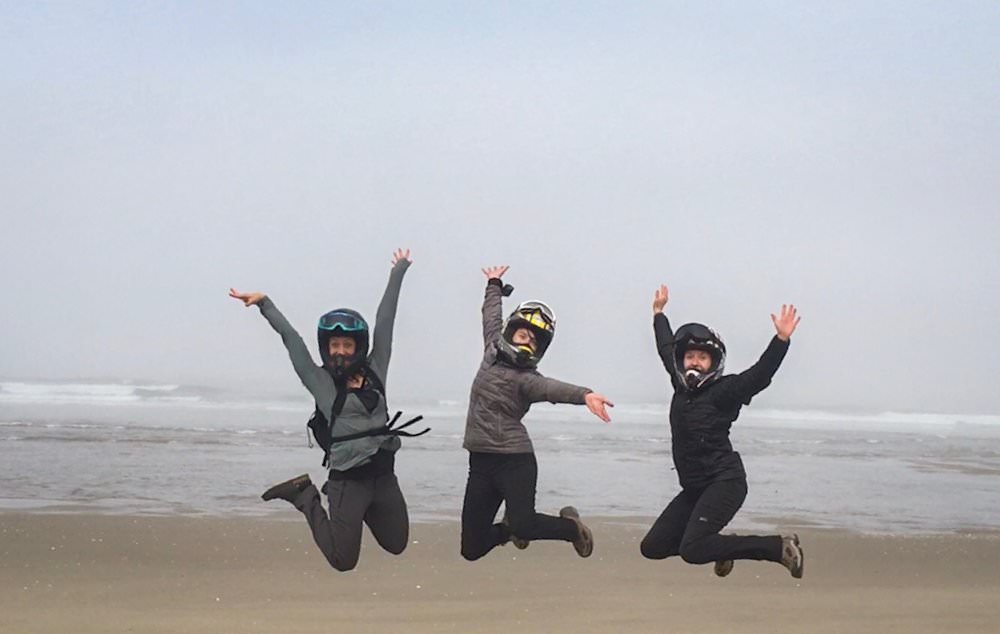 During one of those two days, we rented ATVs and dune-buggied (pun intended) through the Oregon Dunes. We rode a mile from the rental shop out to the dunes, in between mountains of white sand and steep dropoffs. It felt like we were in the desert, not the Pacific Northwest. Danelle was definitely the most comfortable on the machine — she was ready to rip through the dunes and leave Laura and me in her dust. Laura and I were much more cautious — we even thought about renting a double ATV and riding together. In the end, we were glad we didn’t. We warmed up to ATVs — my back country Pennsylvania roots kicked in and served me well.

Once we were on the dunes, we made our way to the treeline where a trail led us to the shore. Danelle led the way down the beach, Laura followed, and I brought up the rear. We paused for a bit and hopped off the quads to take in the scenery. I watched the Pacific Ocean waves crash against the shore through my goggles.

Next, we headed toward Mount Rainier. We stopped at Cannon Beach to see Haystack Rock on the way. It was so beautiful. We walked out onto the beach with our hot cups of pour over coffee we picked up from a local coffee shop down the road. I sipped it and gazed at Haystack Rock — it stood in the middle of the shore as waves lapped up against it and seagulls perched themselves on its edges. The sun was warm and the breeze was cool. A perfect morning. 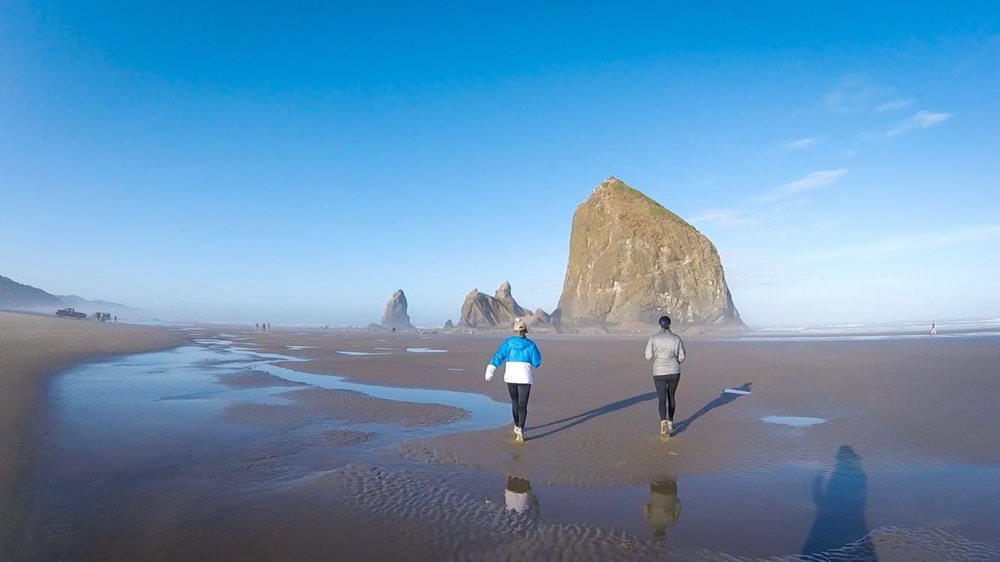 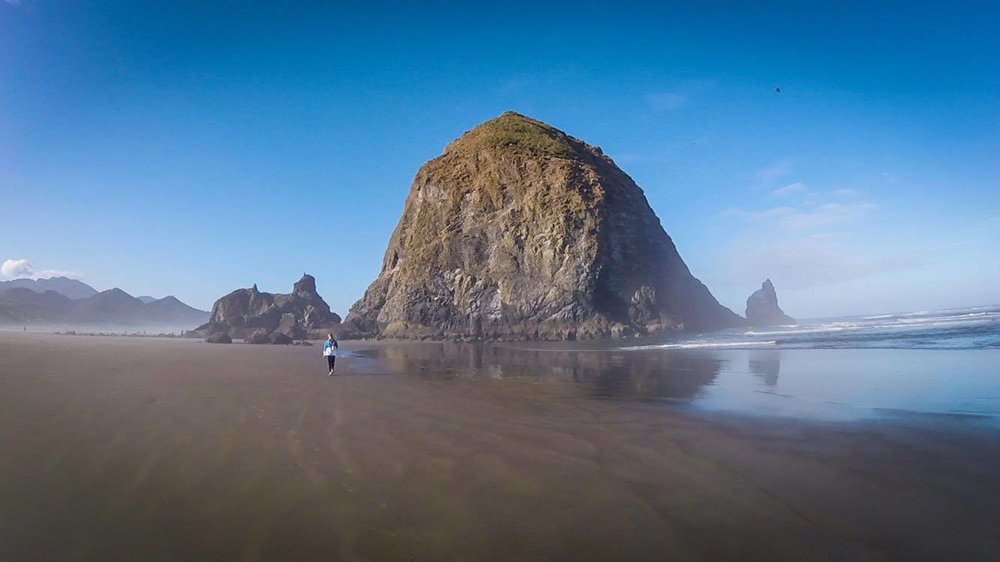 We arrived at Mount Rainier and were ready for our fifth and final night of camping. First we hiked 3.8 miles along the Tahoma Creek, then 0.75 miles with a 500-ft elevation gain from the Lake George Trailhead to the Lake George basin. We set up camp on a hill facing the lake. Then we continued on to Gobblers Knob, which was an 800-ft climb in just under a mile. I thought my legs were going to fall off. But it was worth it because the view at the top was incredible — Adams, Hood, & St. Helens to the southeast, the Olympics to the west, and Rainier dead ahead with front-row views of the Sunset Amphitheater & Tahoma Glacier. Magic at 5455 ft. This was my favorite moment of the trip. 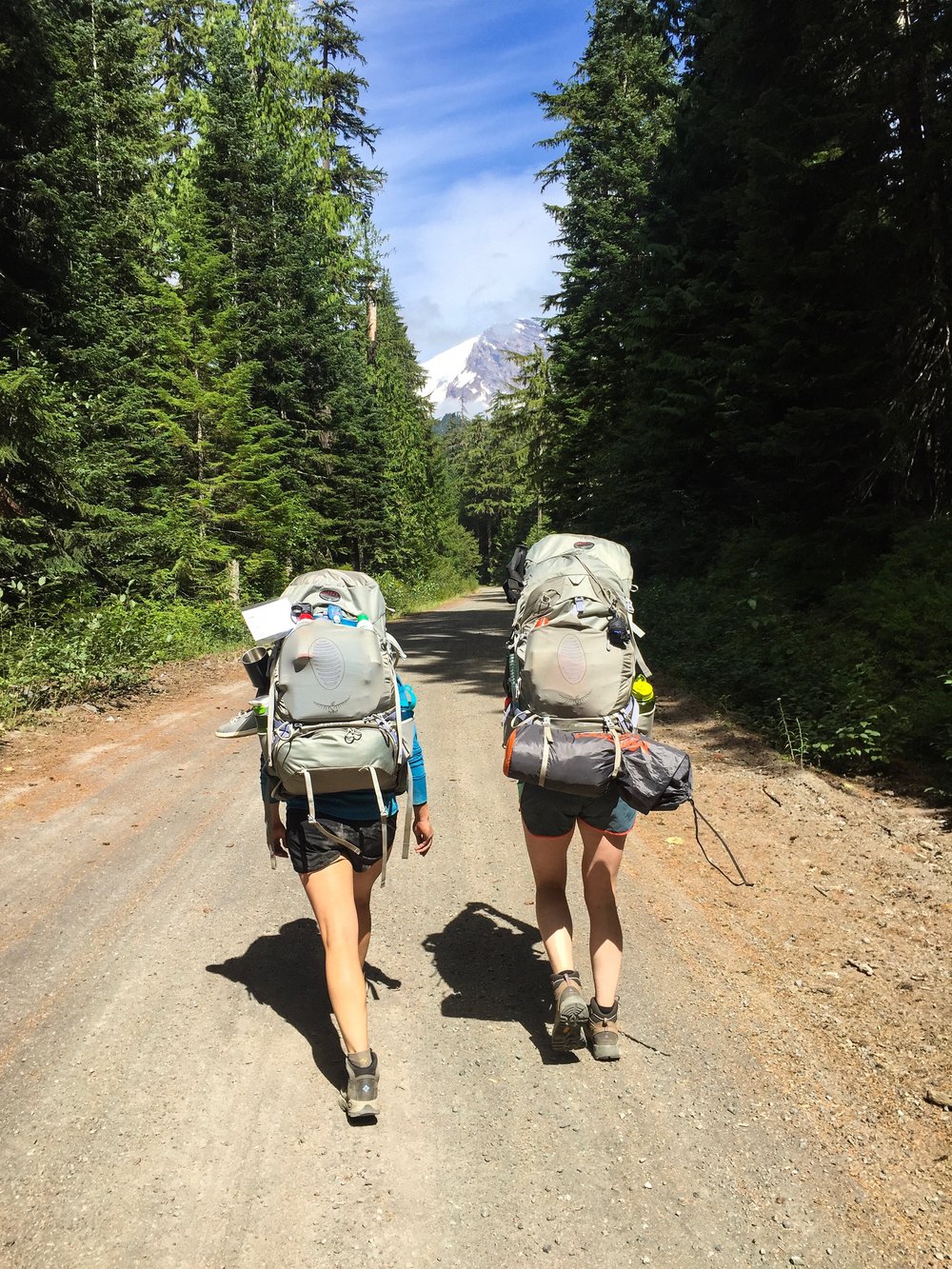 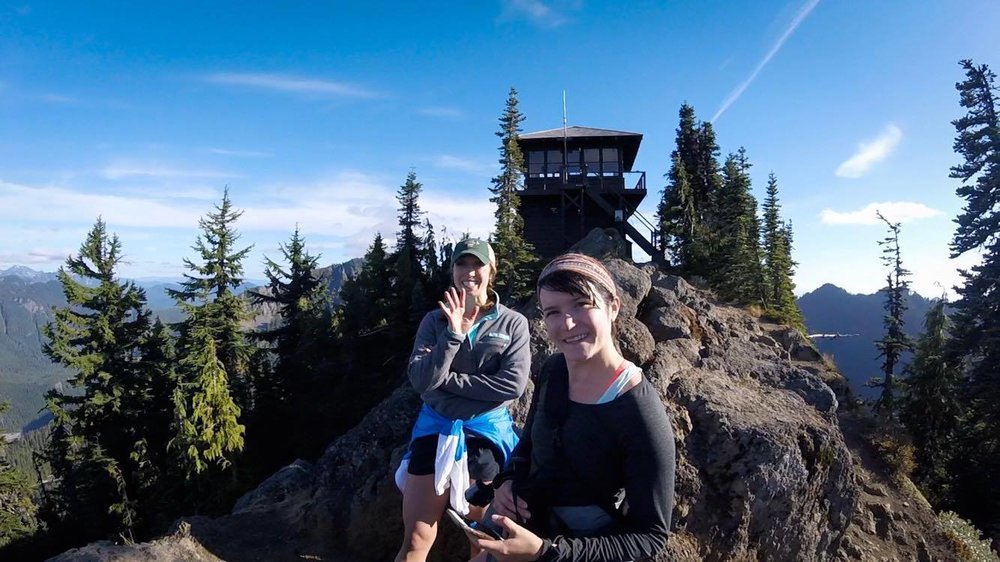 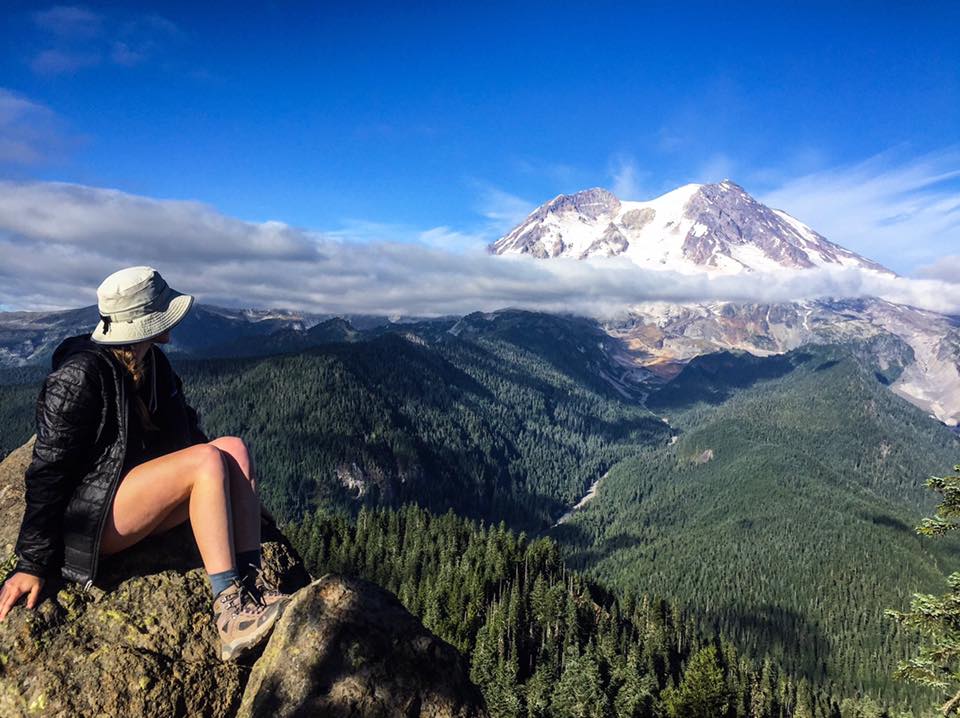 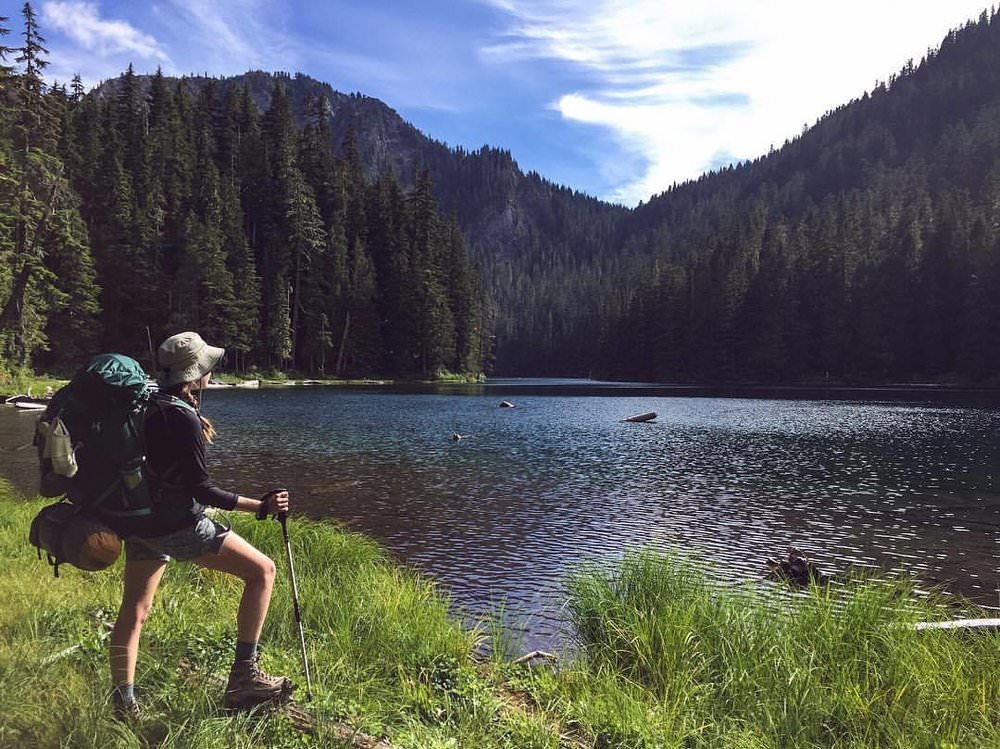 Then we made our way back down to Lake George, made dinner, and snuggled tight in our sleeping bags. It dropped to below freezing that night.

The next morning, we made breakfast next to the lake. We filtered our water and made three cups of coffee. The lake was so pristine and quiet — an incredibly peaceful way to start the day.

Seattle was our last stop. We made it to the city in a little over two hours. Danelle and I were staying with my friend Kristen, who used to live in Hoboken, but moved out west last year. It was so good to see her!

Danelle and I cleaned up to go out for sushi with Kristen in downtown Seattle. The first shower after five days of camping was life changing — I felt like a new person.

The next day we saw the sights– Pike Place, the original Starbucks, the whole shebang. We had lunch at the Athenian Seafood Restaurant at Pike Place Market, overlooking the sound and enjoying some delicious seafood. That night we had dinner at Kedai Makan, a coveted Malaysian restaurant with very flavorful cuisines and unique cocktails. Then we hopped around bars in Cap Hill. 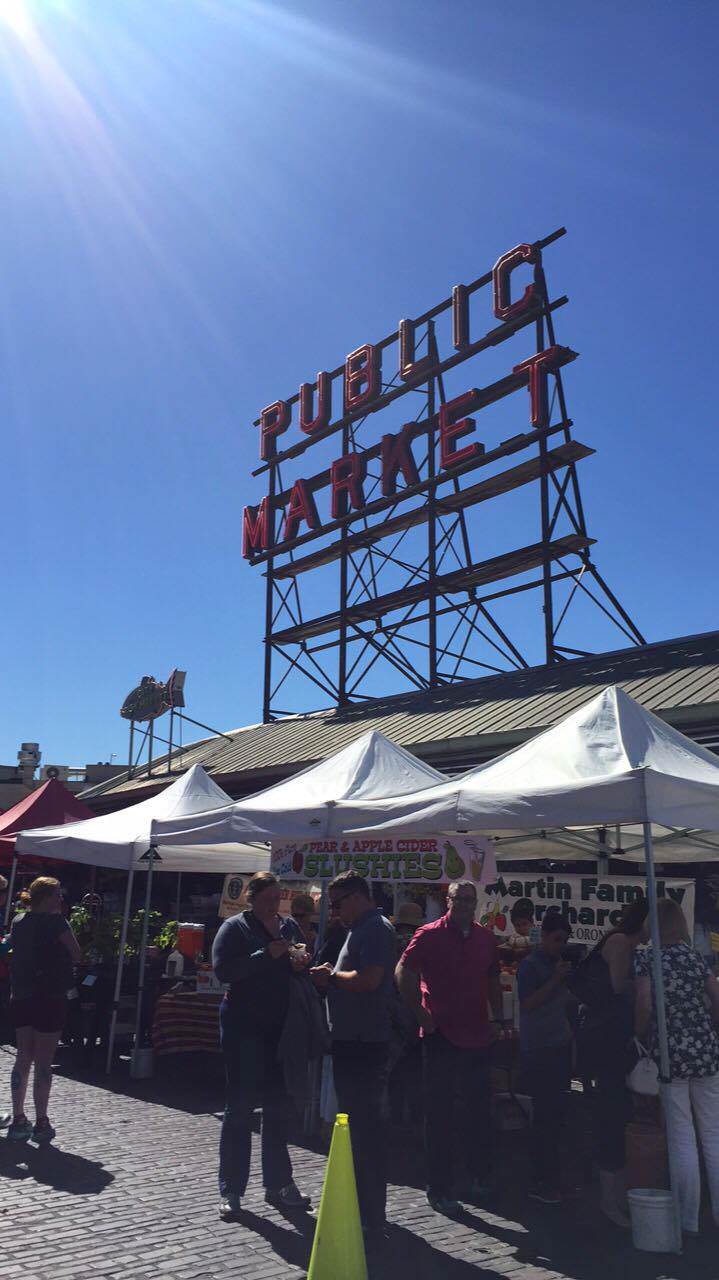 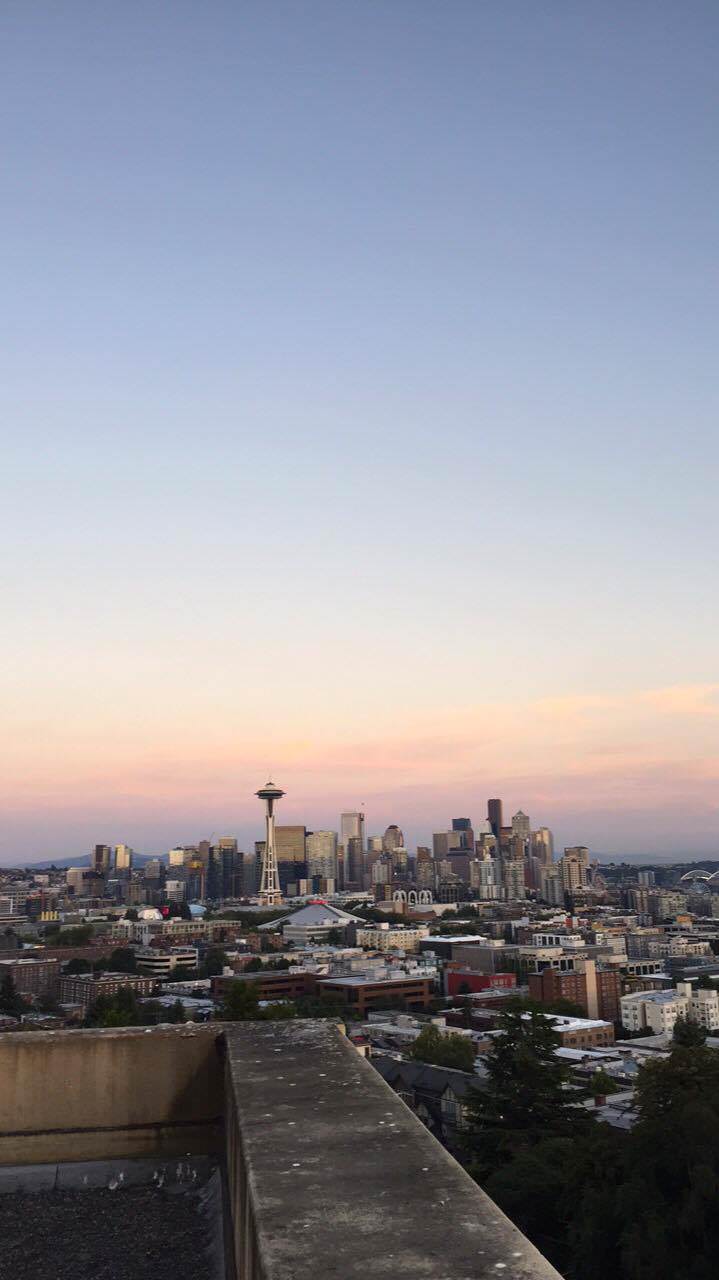 We ended the trip with dinner and drinks on Harmony’s roof (Laura’s friend who she wa staying with) in Queen Anne. We enjoyed panoramic views of downtown Seattle, the sound, and mountains in the distance while we ate. It felt like a preview of what it would be like to live there — hanging out on the roof on a Sunday night, having dinner with friends. The perfect end to an incredible adventure. 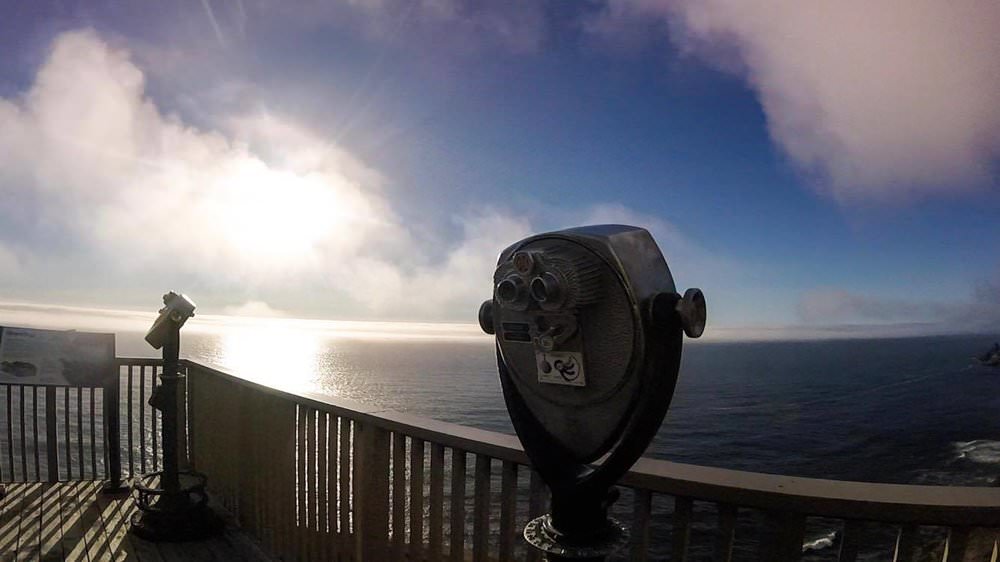 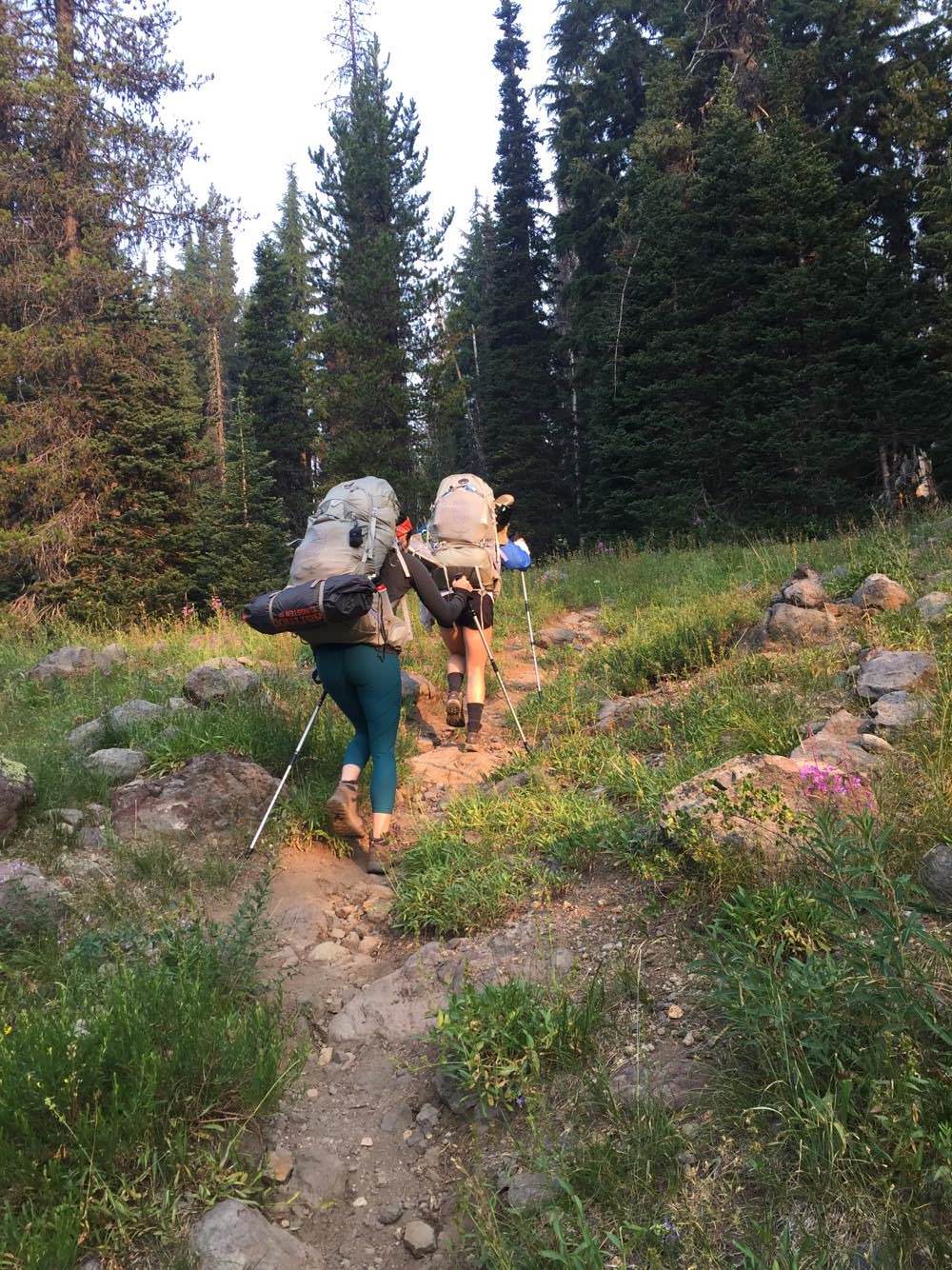