In honor of their 1-year countdown starting TODAY (!), here’s a feature of Meagan and Mark’s magical Mile Square engagement session. We visited three different locations in Hoboken and captured some super sweet moments between these two. 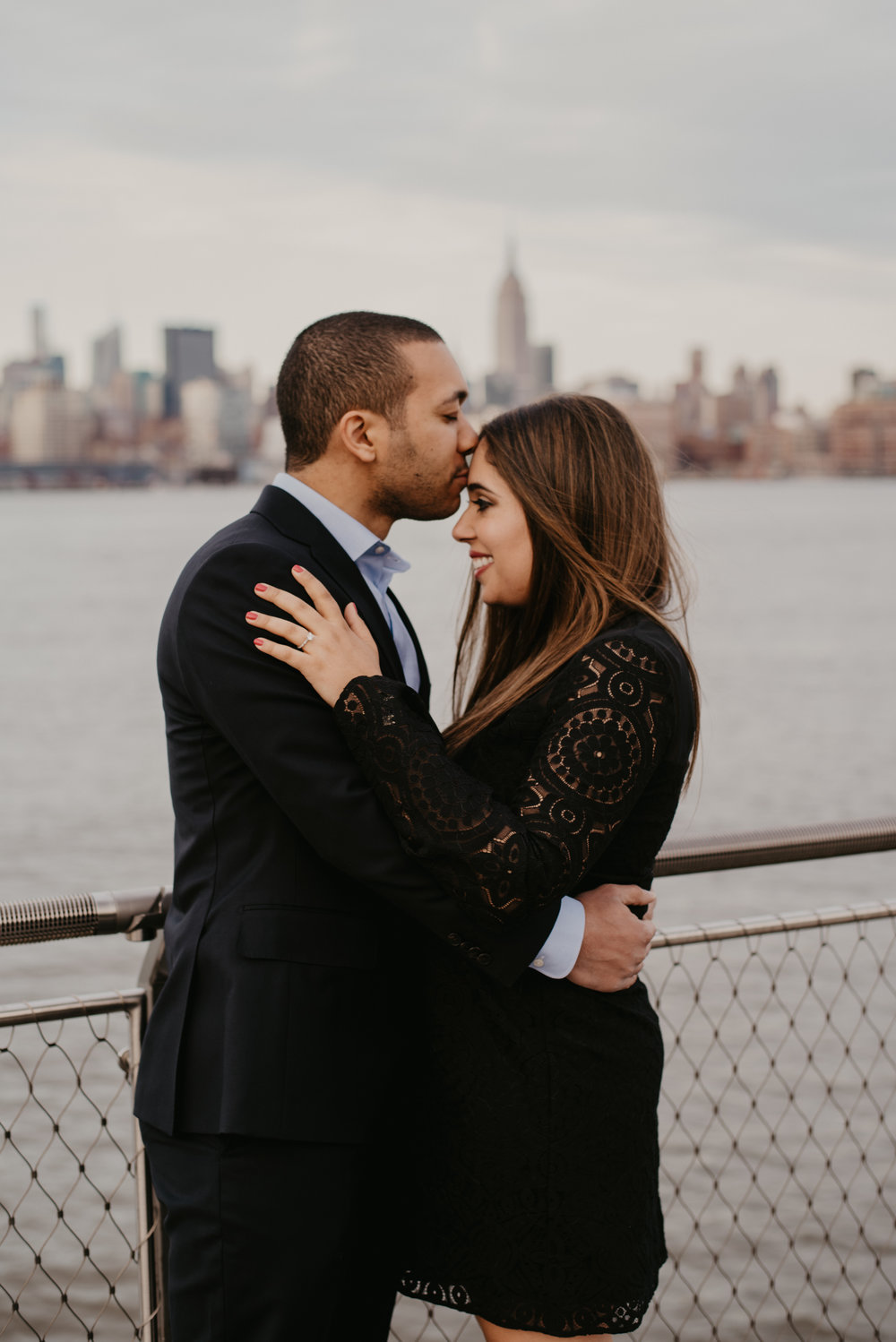 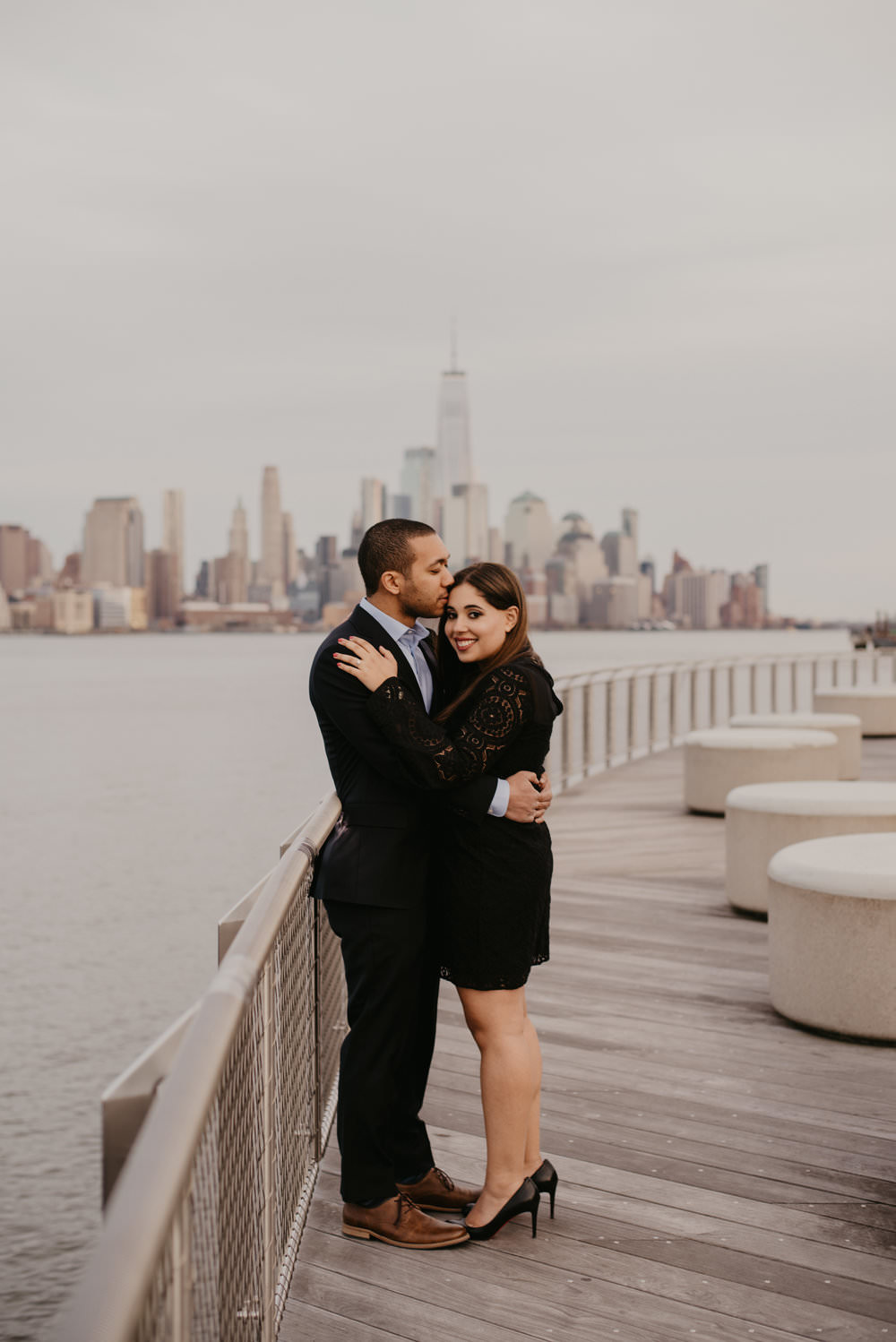 Meagan and Mark planned three outfit changes and were great sports about doing some quick wardrobe changes in between locations on our route throughout Hoboken. For her outfit choices, Meagan opted for two fancier looks to wear during our time at the cute cobble-stoned Court Street and the classic waterfront view at Pier C, and she decided on one casual option for Columbus Square Park. She carefully planned each look for each location — and needless to say they both looked stunning. 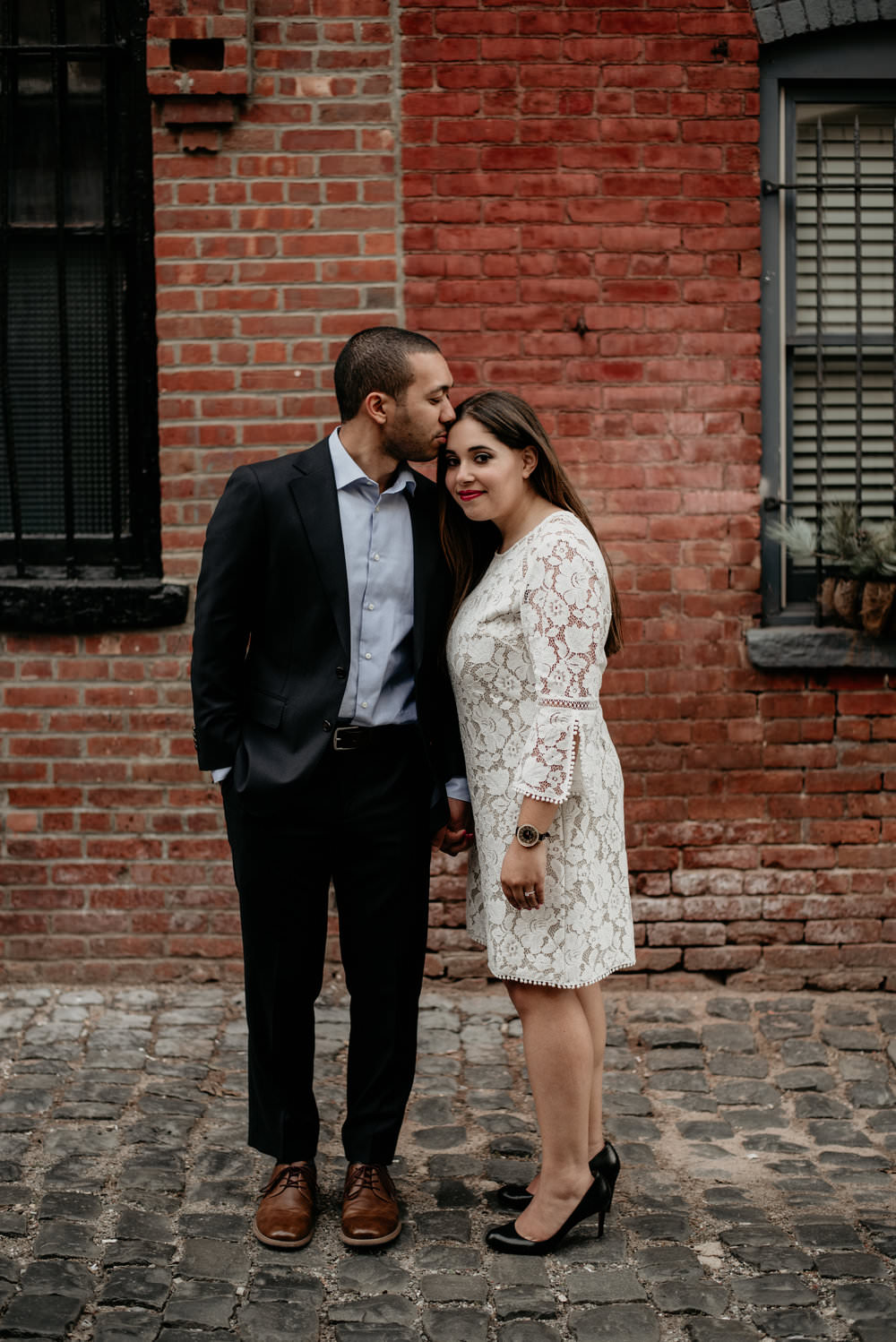 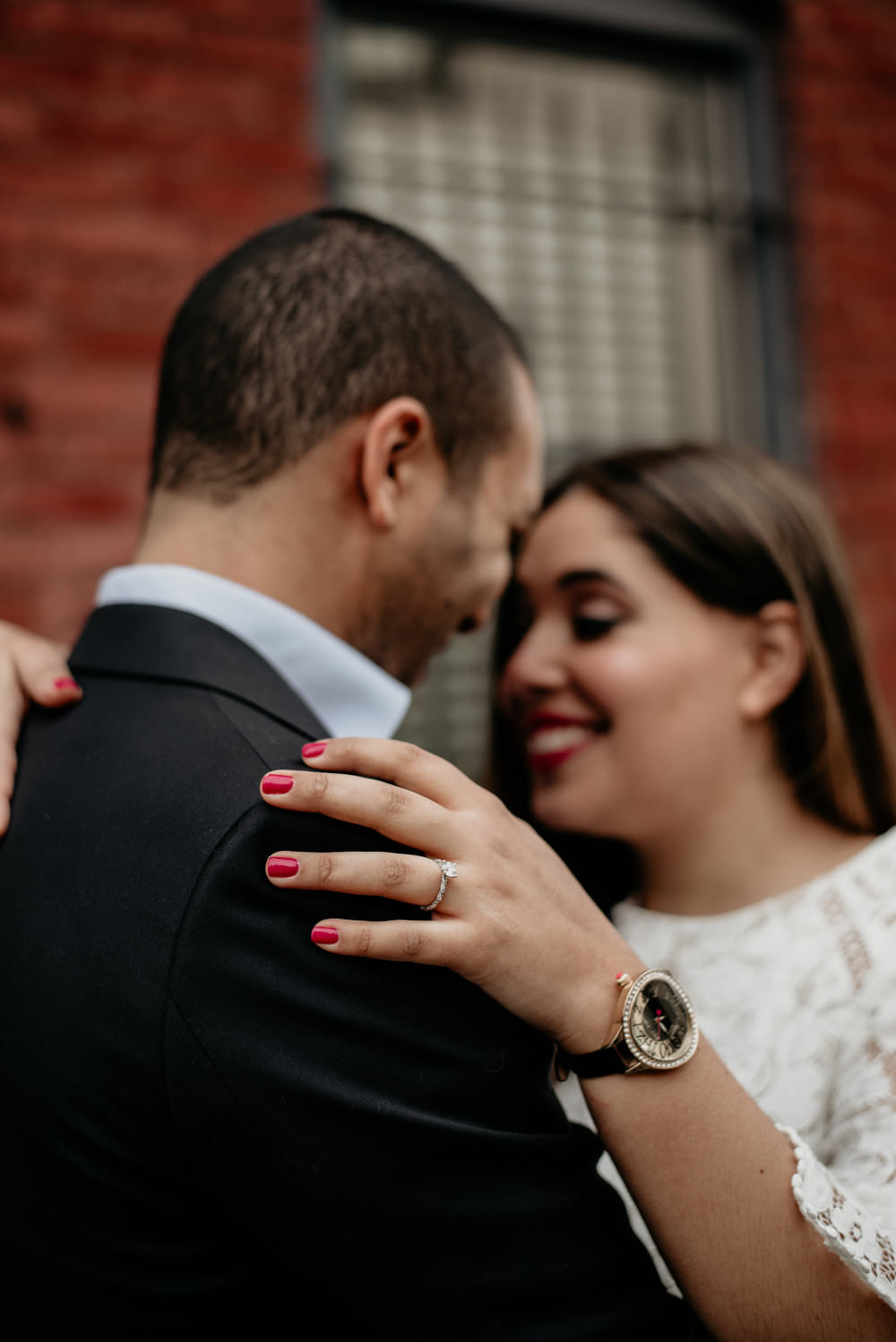 Meagan also had a fun idea to incorporate giant white balloons into her engagement session — one that read ‘Save the Date’ and the other that read their wedding date ‘5/19/19’. Hudson Paperie did an amazing job with these — the hand-written calligraphy scripted across the balloons turned out perfectly! Not only were these balloons super fun props for the photo session, they were also really fun to carry around Hoboken — strangers were shouting “Congratulations!” to Meagan and Mark as we passed them in the streets. Also, special thanks to my assistant Rebecca for helping me carry these and position them during the shoot! 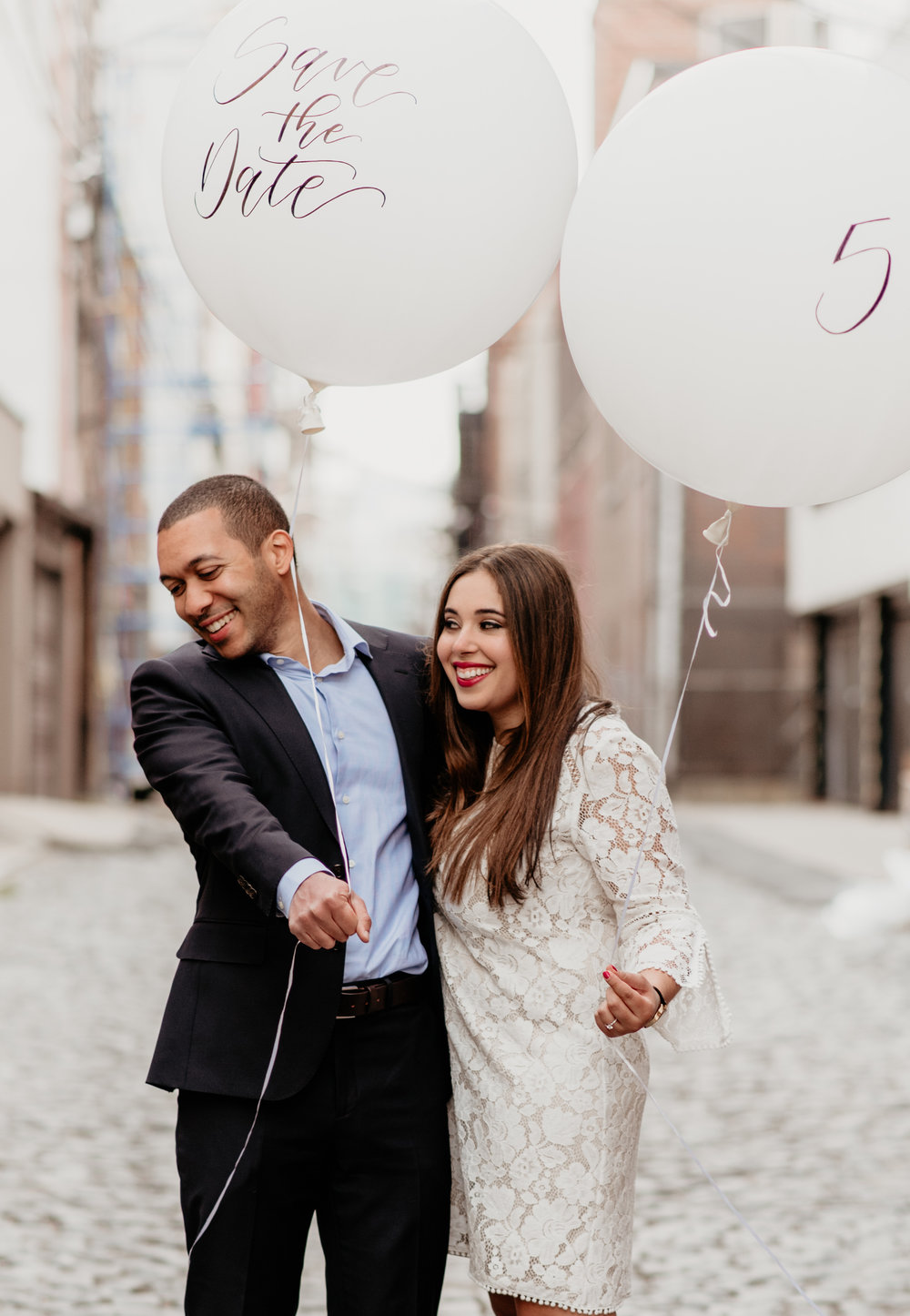 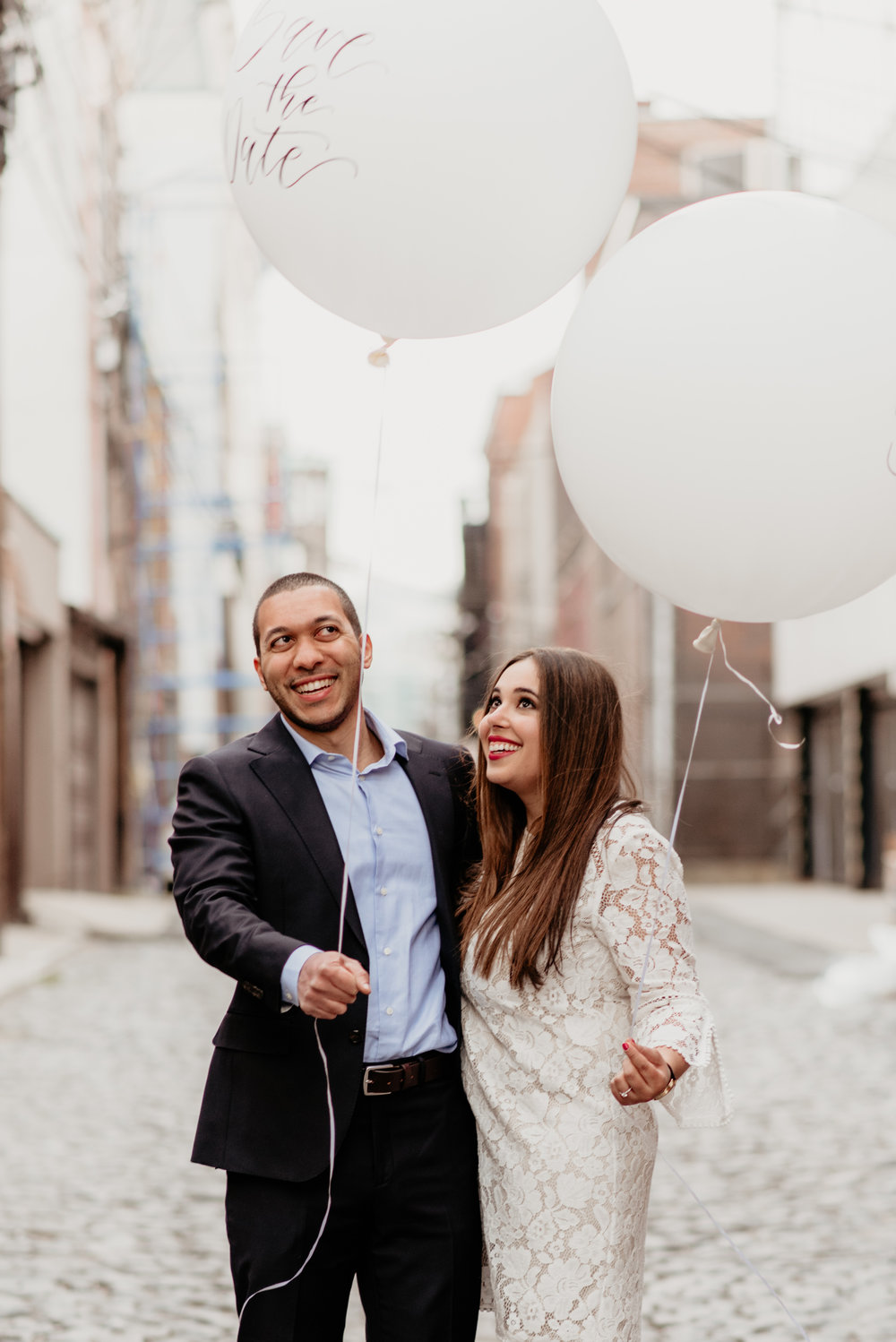 Meagan and Mark will tie the knot one year from today (5/19/19!) in Yorktown Heights, NY. Meagan was totally surprised when Mark popped the question this past February — she was expecting it to happen closer to May 28th, which will be their 2-year dating anniversary. Mark proposed with a coffee mug that read “Meagan, will you marry me?” and now they’re officially starting their 1-year countdown until the big day. Congratulations again, guys! 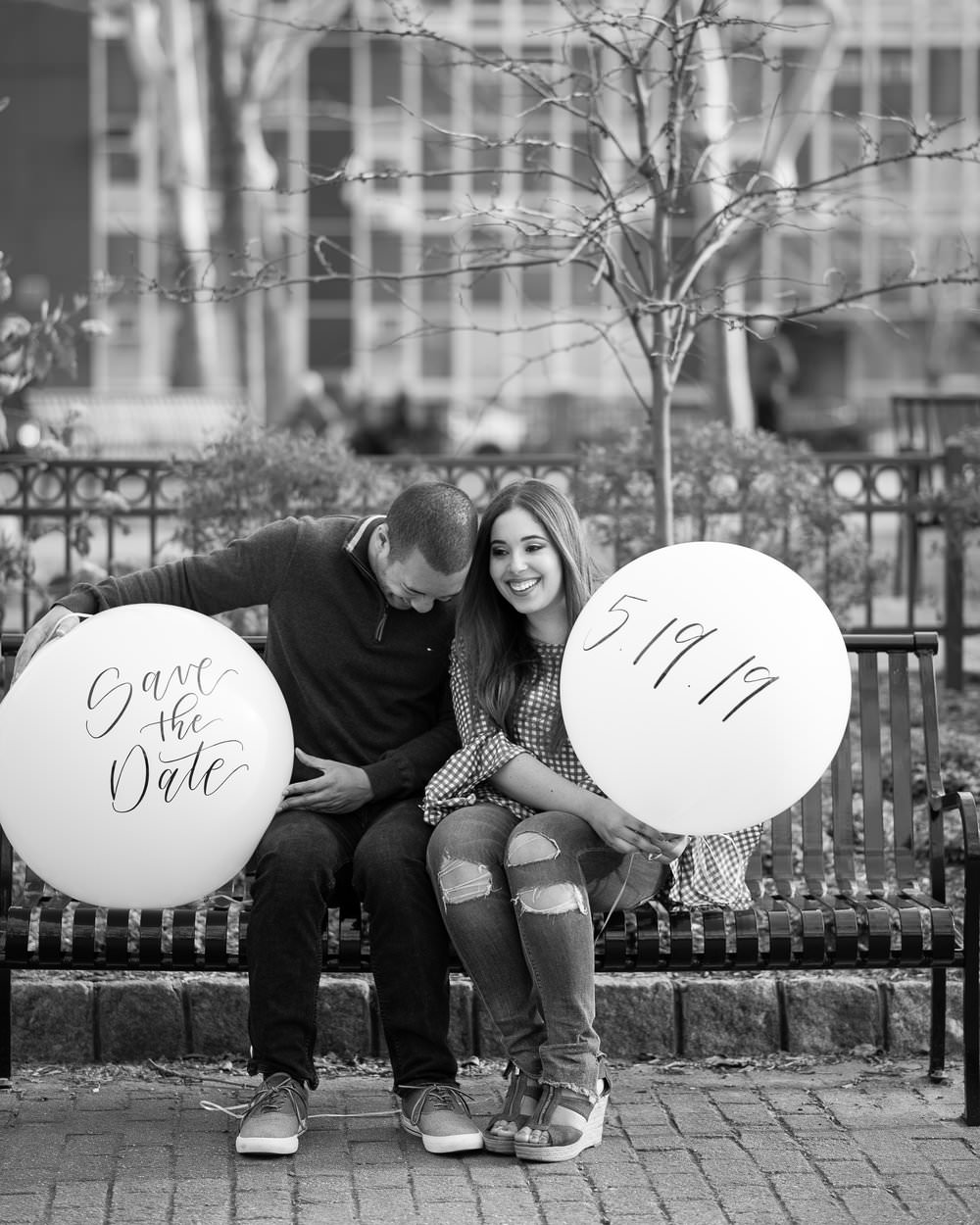