A Proposal on the Pier 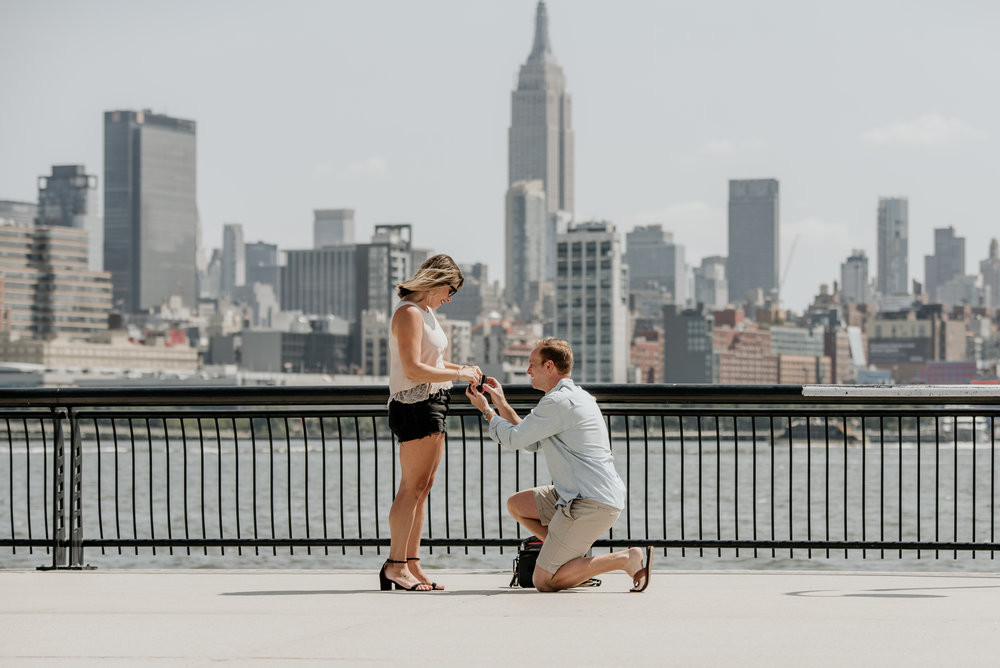 Jenna & Dirk met in Hoboken and have been dating in the Mile Square City for the past four years. When they’re not having breakfast at Schnackenberg’s or out for dinner at La Isla, they like to walk along the waterfront and kick back with some drinks at Pier 13. They also like to take weekend trips to Long Beach Island, but also enjoy staying in, ordering food, and cuddling up with a movie together.

This past Saturday, Dirk invited Jenna to Maxwell Pier to watch some new tricks he learned on his drone and wanted to show off (or so Jenna thought). Dirk was standing on the end of the pier, adjusting the controller to position the drone exactly where he wanted it. Jenna walked up behind him and watched as he flew the drone above them and over the Hudson River. They watched it dart over the river for a few moments before Dirk took Jenna’s hands, knelt down on one knee, and asked her to marry him. Then Jenna’s parents came out of hiding to congratulate them! The drone filmed the whole thing…and I got some pretty good shots as well. 🙂 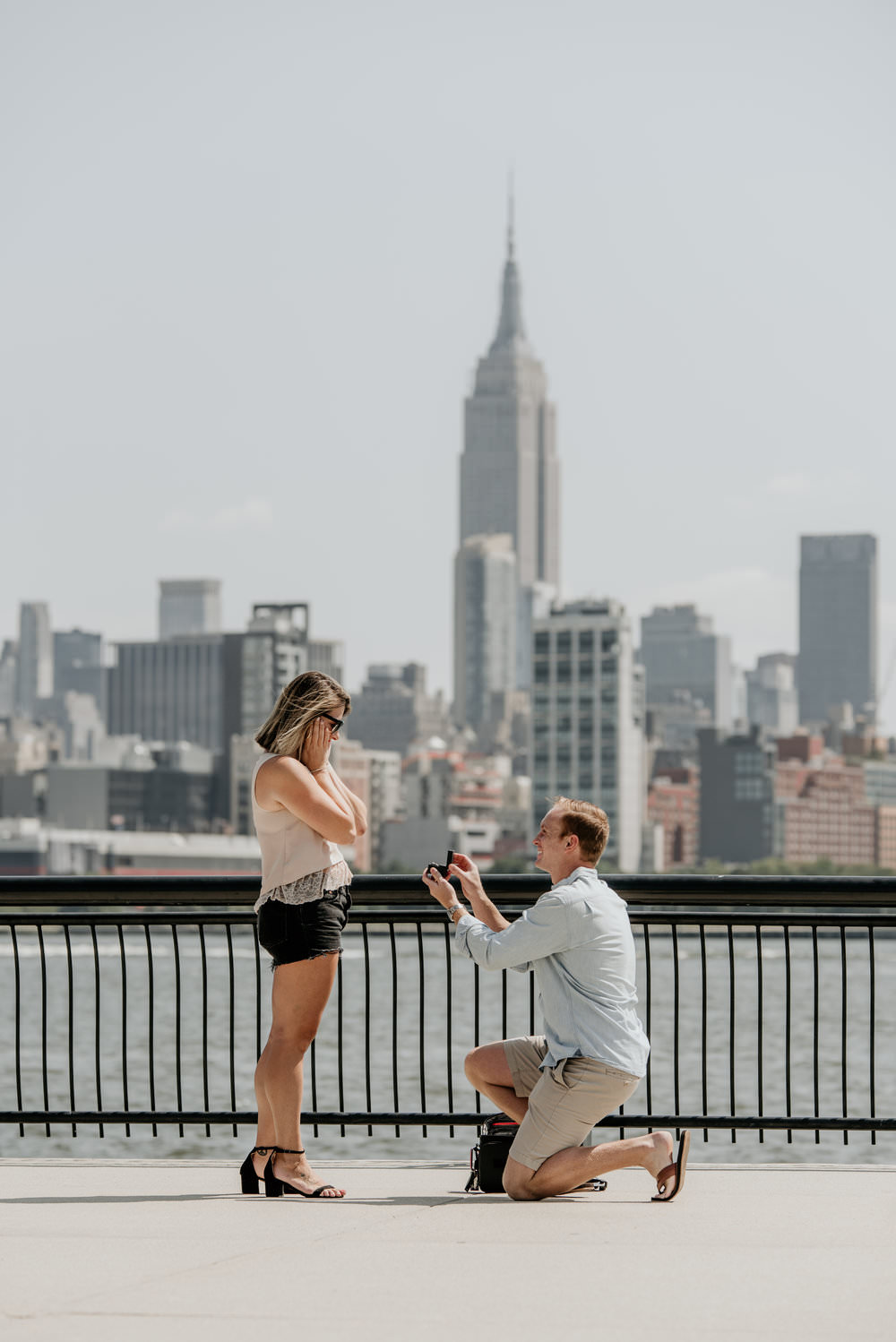 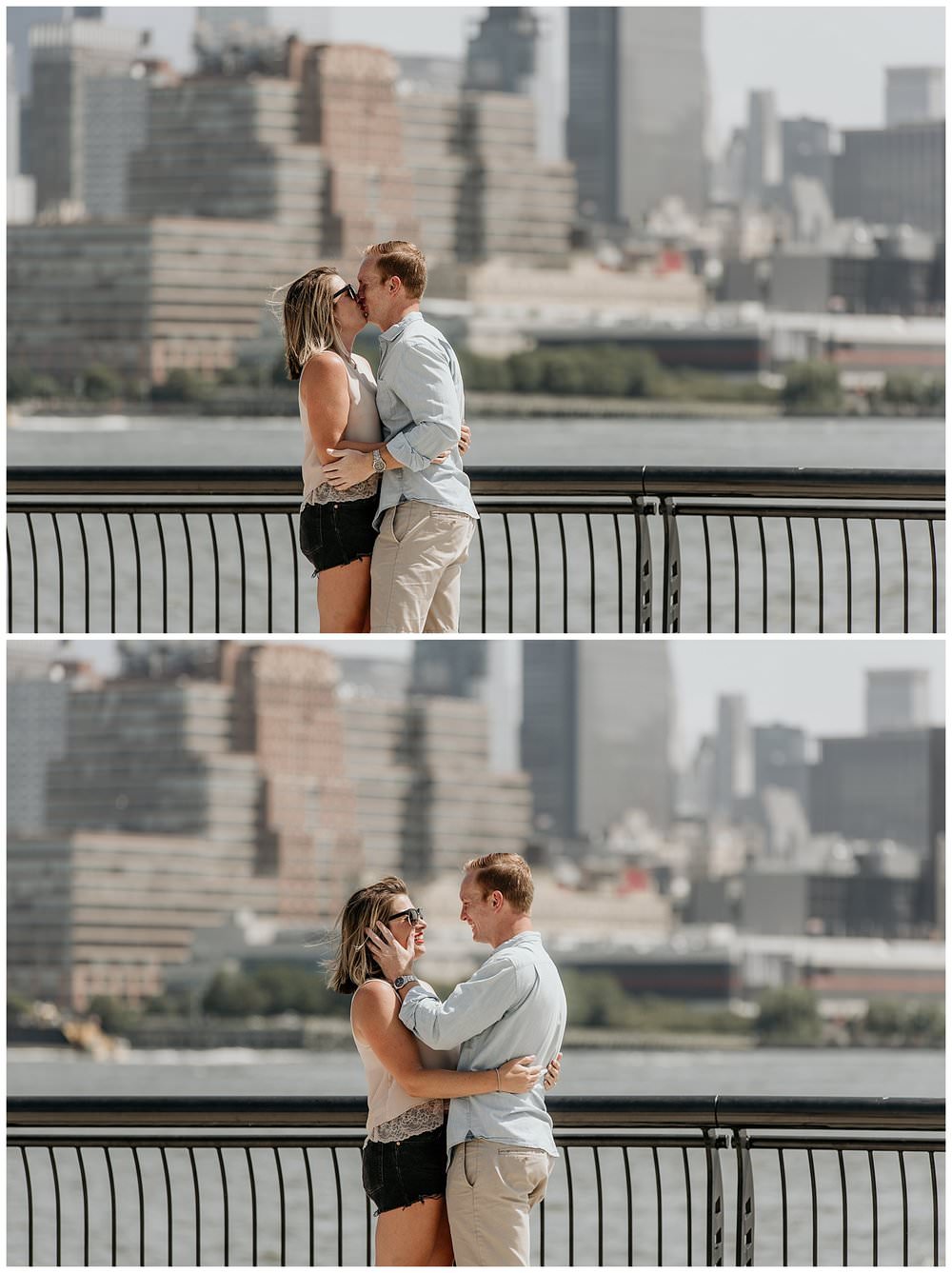 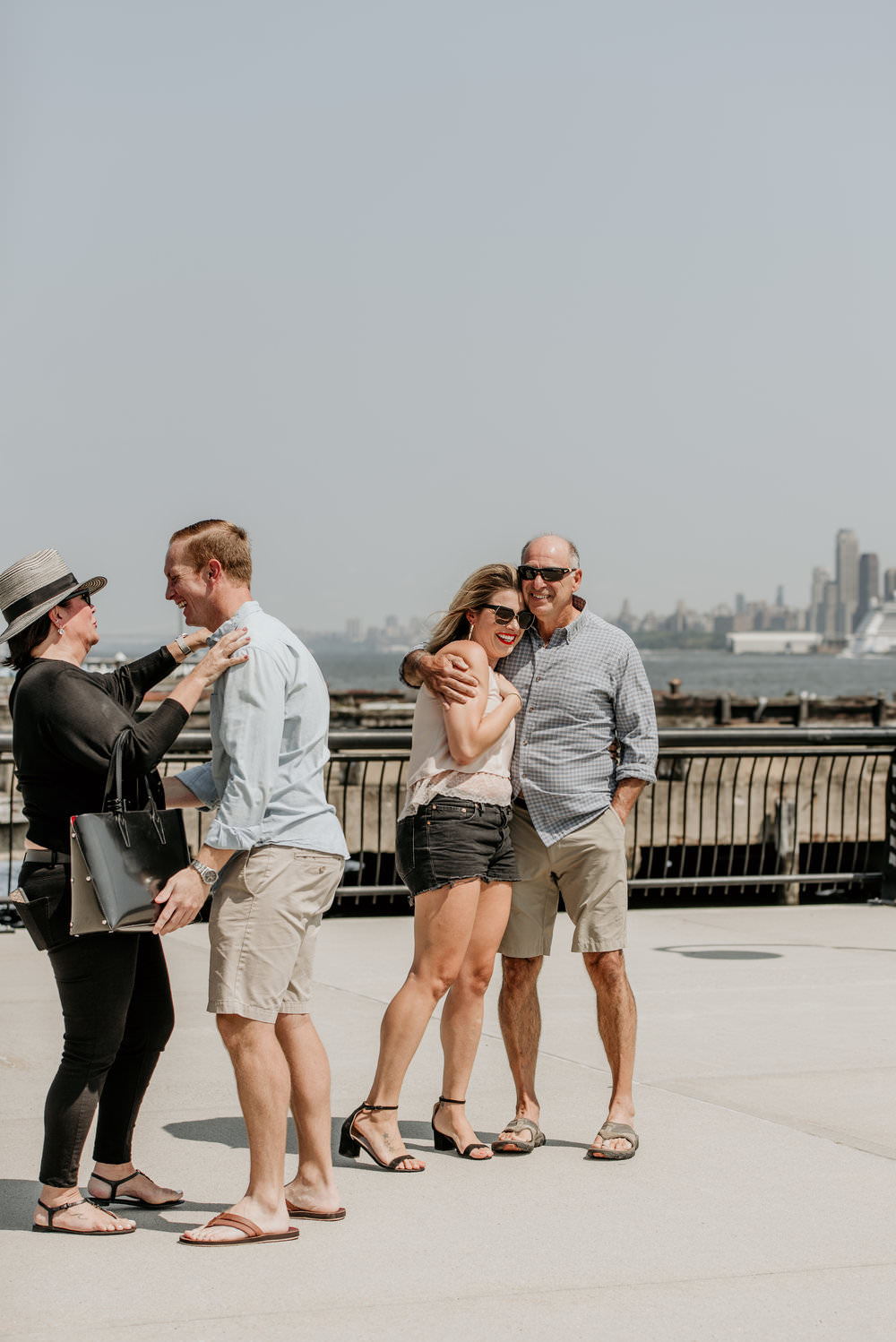